I would love to vista North Brother Island on the East River of New York. The island used to be Riverside Hospital, for patients with infectious deceases, such as Small Pox. The island has been deserted since the 1960’s when the hospital was forced to close. 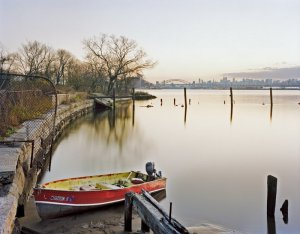 The island was bought in 2007 and is now designated as a bird sanctuary. Even though the island is owned by the city, none of the old building have been torn down. The island is slowly taking back over. Pictures such as the one below, make it seem as though everybody just picked up and left, leaving everything behind.

All of the books were left behind, the furniture, everything. I think that this would be an amazing place to visit. It is a prime example of what nature can do when humanity steps out of the way. Even though North Brother Island used to be greatly inhabited, once it was deserted, nature began to reclaim the land.

Riverside hospital housed patients with Small Pox, drug addictions, and it seems like anybody that posed a potential threat to the health of others. Seeing an island so close to the hustle and bustle of New York that is completely deserted; it is incredibly intriguing. If you want to learn more about North Brother Island, see Getting Lost on North Brother Island.

One day I will go to North Brother Island, and I hope it’s better than my imaginary adventure.